Word(s) of the day: Fluorescence/Florescence

Sometimes I come across something in my editing that I'm pretty sure I know already but I think, eh, you know what, I'll just look it up real fast.

And then the extent of my wrongness HITS ME IN THE FACE WITH THE FORCE OF A DOZEN BASEBALLS.

I've seen "fluorescent" spelled as "florescent" occasionally, and I figured it was a spelling-variation thing. But when the issue came up in a novel I'm editing, I thought I'd make sure, and LO AND BEHOLD, this is what I discovered:

fluo-res-cence (n):  luminescence that is caused by the absorption of radiation at one wavelength followed by nearly immediate reradiation usually at a different wavelength and that ceases almost at once when the incident radiation stops (In other words, the light bulb kind)

flo-res-cence (n): a state or period of flourishing

So if you ever come across a text talking about a "florescent" light bulb, that almost certainly refers not to an environmentally friendly alternative to an incandescent light bulb, but rather to a light bulb experiencing a period of growth and plenty in its natural habitat.

Email ThisBlogThis!Share to TwitterShare to FacebookShare to Pinterest
Labels: word of the day

Language as a Connector


I was in seventh grade when I first encountered chatspeak. One day a friend asked me to explain what “lol” meant. I had no idea it was an anagram; I had to figure out the definition from context. I came up with “something someone says when you write something sarcastic,” which is probably way too revealing of Jessica-as-a-preteen. Another classmate said, in a you’re an idiot tone, “It means laugh out loud.”

Language takes some investment to figure out. Sometimes we’re wrong or off a bit, like in my “lol” situation, but considering the complexity of English and its trickiness, it’s more amazing to think about how often we’re right.

As writers and editors, we have to craft language carefully to get the reader as close as possible to our intended meaning. This can be really frustrating, like when you’re writing a description and you have to pause, hands on keyboard, to sort through your mental web of words to find the one that’s actually right and you just can’t get it, you know there’s a word and you can’t find it, and eventually you have to settle for the lightning bug instead of the lightning.

Or maybe you thought you crafted everything well and then you hand it over to a reader and they’re like, what were you smoking, and then you go off to revise if you get the chance. Sometimes we don’t even know if we’re successful or not—we send a bevy of words into the ether and cross our fingers that our meaning doesn’t get corrupted or misunderstood or discarded.

On the other hand, as a reader, sometimes a writer gets something so perfect that it strikes you to the heart. In that moment it’s like getting to share the space of someone else’s experience as a human being. And that moment of pure connection and empathy, that’s when language is at its highest use. That’s what we do this for.

Word of the Day: Consumption

Just kidding. It wasn’t that bad.

If you read my last post, Creativity and Consumption, all the way through, you know I spent yesterday in a relatively media-less environment in an attempt to bolster my creativity.

It went well, and it sort of worked? I didn’t add to the novel, but I did tackle some projects that I’ve been meaning to do, like finishing up transcribing my journal. So that was good.

It was much like the time that I spent five days eating only vegetables and lean meat and then on day six I had a cinnamon roll and that cinnamon roll was, without question, the most delicious thing I’ve eaten in my life. That’s how the Internet tasted this morning. (Not literally, Bridey, no, stop that. You can’t lick the Internet.)

This experience made me consider the word consumption itself. “Consumption” used to be the term for tuberculosis,* which seems oddly unrelated to the way I’ve been thinking about consumption as “taking in and using lots of stuff.” But it makes more sense when considered alongside the first definition of “consume” as found in Merriam-Webster:

To do away with completely: Destroy.

And it gets worse:

To spend wastefully: Squander.
Use up.
Devour.

It makes sense. When you consume food, it’s gone. I guess I was just thinking about “consumption” in the context of media, and in that sense, no, when I watch YouTube videos they don’t disappear. I’m not destroying anything when I consume YouTube videos.

Or am I? Sure, the contents of the Tumblr I’m reading aren’t gone after I consume them—but my time is. My passion and motivation might be, too.

Yesterday's experience helped me see that I need to produce more, to spend more time actively creating and less time passively consuming. Maybe if I did so, I would feel less compelled to end this post with "Hank, I'll see you on Friday."

*According to the OED, “consumption” as a disease was first used in 1398 I love the OED and it referred generally to a “wasting” of the body before narrowing in its meaning to “tuberculosis.”
Posted by Jessica Vavrinec at 4:05 PM 1 comment:

Email ThisBlogThis!Share to TwitterShare to FacebookShare to Pinterest
Labels: word of the day

I’ve had Hank Green’s Tumblr song stuck in my head for a week. And if you don’t know what Tumblr is, or if you’ve encountered it but haven’t succumbed to slavish obsession, then here’s what the song explains: Tumblr provides amazing, hilarious, addictive content in such massive quantities that once you’re in, you will never escape.

This can be said about much of the internet (or about the internet as a whole). But the beginning of the video really caught my ear:

(Spoken) Good morning, John. I wanted to make a really complicated video today, something that was just awesome and epic, but I just, I just don’t have time. And it’s not even because I’m busy, it’s just like,
(Sung) I’ve been way too busy to create / And I find it really hard to concentrate

That explains waaayyy too much about my life right now. Like my inability to update my blog consistently or to…leave the house. Ever. (Though it is August in Arizona and this week has been record-breakingly hot, so my lack of house-leaving is an act of self-preservation.)

I spend an inordinate amount of time trawling the internet for things that make me laugh. My friends like this. My novels do not. ’Cause if I spend six hours reading Epbot how-to posts or following the Avengers tag on Tumblr, then those become six hours when I can’t work on my novel or this blog or anything else productive.

Consumption is lovely—and easy—but constantly consuming other people’s content makes it reeeaaally difficult for me to come up with my own awesome things to put out into the world. Maybe what my novel needs from me right now is a big dose of boredom. If I don’t allow myself to access entertainment made by others, I will necessarily have to entertain myself. Cut me off from narrative and I’ll have to create my own.

Tomorrow, I’m going to give it a try. No television, no internet (except my e-mail, since my job sort of hinges on my ability to receive e-mail), no books even. Possibly an extreme reaction to my own consumptive behavior, sure, but I’m intrigued by extremes, and it’s just one day. Hopefully my boredom will lead to some type of creative productivity.

Punctuation and Grammar and Usage, Oh My! Part 3: Infixes

We all know what prefixes and suffixes are. They’re little word-pieces that you stick on to the front and back of larger word-pieces like legos to make other words, like dis-honest and un-car-ing. There are obvious prefixes and suffixes like those, where there’s a complete word in there that the prefix/suffix (I’m going to call them –fixes now) is just stuck to momentarily, and then there are –fixes that have melted into the word like gooey cheese and we don’t even notice that they’re not part of the root, like worth-y and in-de-fatig-able. (For more on stuff like this, check out a book on morphology.)

But did you know there is a word for this kind of language modification that comes in the middle of words, rather than at the front and back? Because there is and it is awesome. 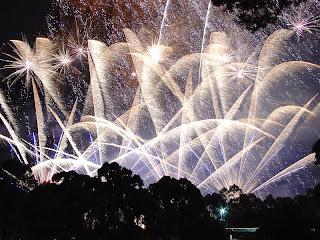 But there aren’t very many infixes in the English language. They’re like the Forgotten Balder* of the –fixes. 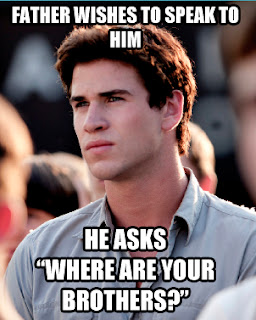 The only “regular” use of infixes in English is used with swear words. A bad day is unbefreakinlievable. Disconflippintinuous. Incanfreakindescent. Wheeeeee!

And then there’s a random infix that is used only in speech: “another” may be divided into “a whole nother.” Sweet, right?? A whole nother. That’s a whole nother issue. We don’t do this with any other words (that I know of). How did you get to be so special, a whole nother? I love you.

So give infixes your love and appreciation, or at least a hearty tip of the hat. Don’t treat them like Forgotten Balder.

*Forgotten Balder is a meme based on the movie Thor. Basically, in Thor, Odin’s sons are Thor and Loki; but in the myths, Odin has a crapload of sons and Loki is not even one of them. So there’s this joke that Balder (or Baldur, or Baldr) is actually there in the movie mythos, but he’s just completely ignored. For extra hilarity, Balder in the Forgotten Balder meme is Liam Hemsworth, Chris Hemsworth’s (Thor’s) younger brother. I probably should not find Forgotten Balder as funny as I do.
Posted by Jessica Vavrinec at 11:13 AM 2 comments:

Email ThisBlogThis!Share to TwitterShare to FacebookShare to Pinterest
Labels: grammar, infixes, punctuation and grammar and usage oh my

Word(s) of the Day: Thank-you and Thank-you-ma'am

I’ve been wondering about what to do with the phrase “thank you” when it’s used as a noun (“a big thank you goes out to Bill”) or as an adjective (“I sent him a thank you card”) and, like any editor or writer should, I decided to check the all-powerful Merriam-Webster.

This is what I found:

So, yes, “thank-you” is the correct form for a noun; and just to make myself feel better, I also checked the Corpus of Contemporary American English, which confirmed Webster’s. (Or I think it did. I am not very good at using COCA yet, but it is a super-cool resource.) Neither source said anything about the adjective form of “thank you,” but since it’s pretty standard to hyphenate two-part adjectives (like I just did there, ha!) then I think I’m safe to use “thank-you note.”

But the fun part comes next. When I looked up “thank-you,” I happened to glance at the entry below it, and this is what I found.

thank-you-ma’am n [prob. fr. its causing a nodding of the head] (1849): a bump or depression in a road; esp: a ridge or hollow made across a road on a hillside to cause water to run off 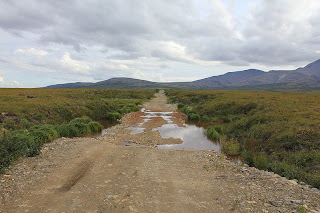 SWEET. New vocabulary word for the win. I love the dictionary.

Have you come across any awesome new words lately?
Posted by Jessica Vavrinec at 1:55 PM 3 comments:

Email ThisBlogThis!Share to TwitterShare to FacebookShare to Pinterest
Labels: word of the day
Older Posts Home
Subscribe to: Posts (Atom)